“In my humble opinion, I’m just an artist who happens to be Native American.” 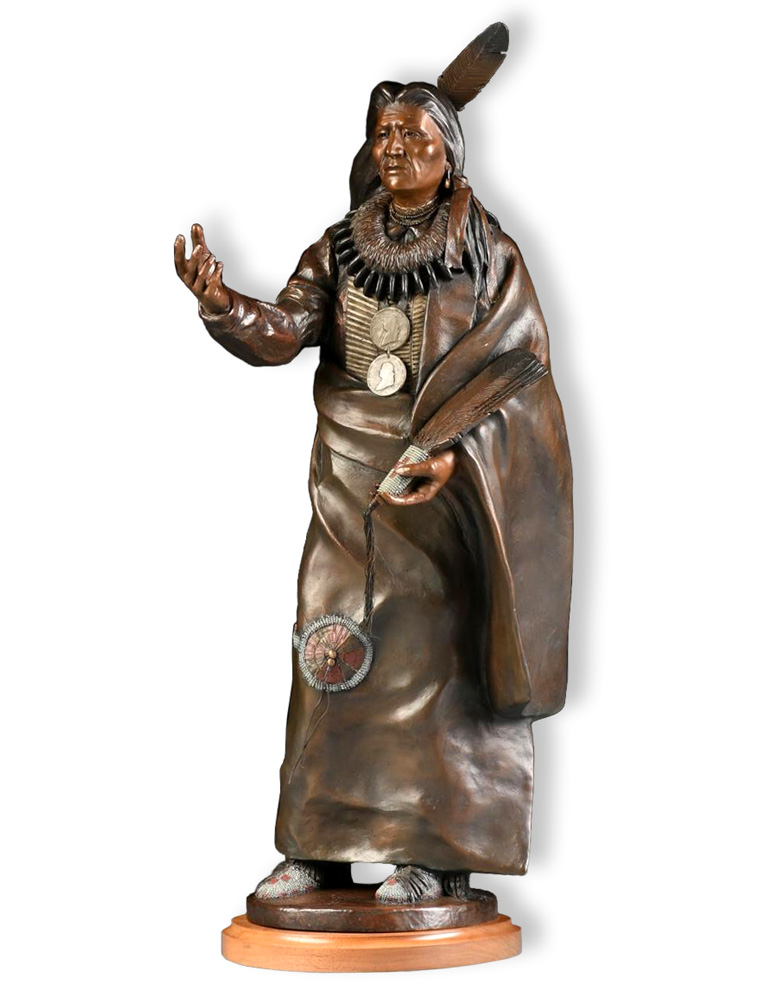 Oreland C. Joe Sr. was born in 1958 in Shiprock New Mexico and is a Native American of Diné and Ute descent. Most of his life growing up, Oreland Joe lived in the area of the four-corners (where Arizona, Colorado, New Mexico, and Utah meet), both on Diné and Ute reservations.

Oreland traveled to France, Italy, and Japan where he gained much inspiration for his artwork. He studied the Renaissance and Baroque masters as well as European culture. 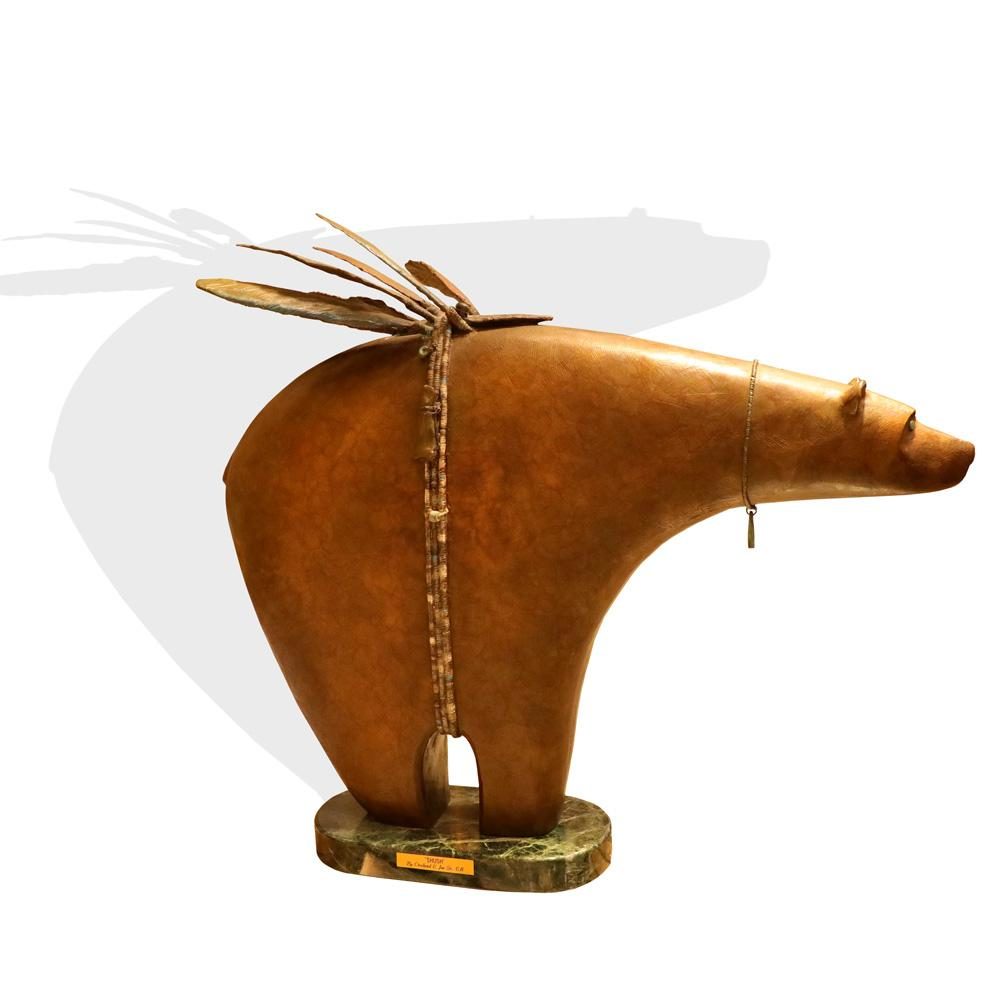 Oreland C. Joe Sr. sculpts bronze and stone sculptures at his studio in Kirtland, New Mexico. Much of his inspiration comes from his family; his aunts, uncles, and grandparents, as well as memories from his childhood. Oreland also attends tribal ceremonies to inspire his artwork.

Oreland has won several awards and received much acclaim for his sculptures. He won a nationwide competition for his largest monumental bronze entitled “Standing Bear.” He was also the first Native American to become a member of the Cowboy Artists of America organization and has won four gold medals as well as three silver medals from the CAA for his sculptures.

Oreland C. Joe Sr. has sculptures installed at many prominent locations such as the New Mexico State Capitol Building in Santa Fe, and another monumental sculpture at a park dedicated to Native Plains tribes in Ponca City, Oklahoma.

You can view some of JD Challenger’s original work right here in Santa Fe at the End of the Trail Gallery!