“I’m just the instrument…The Creator, the brush, the paint and then me.” 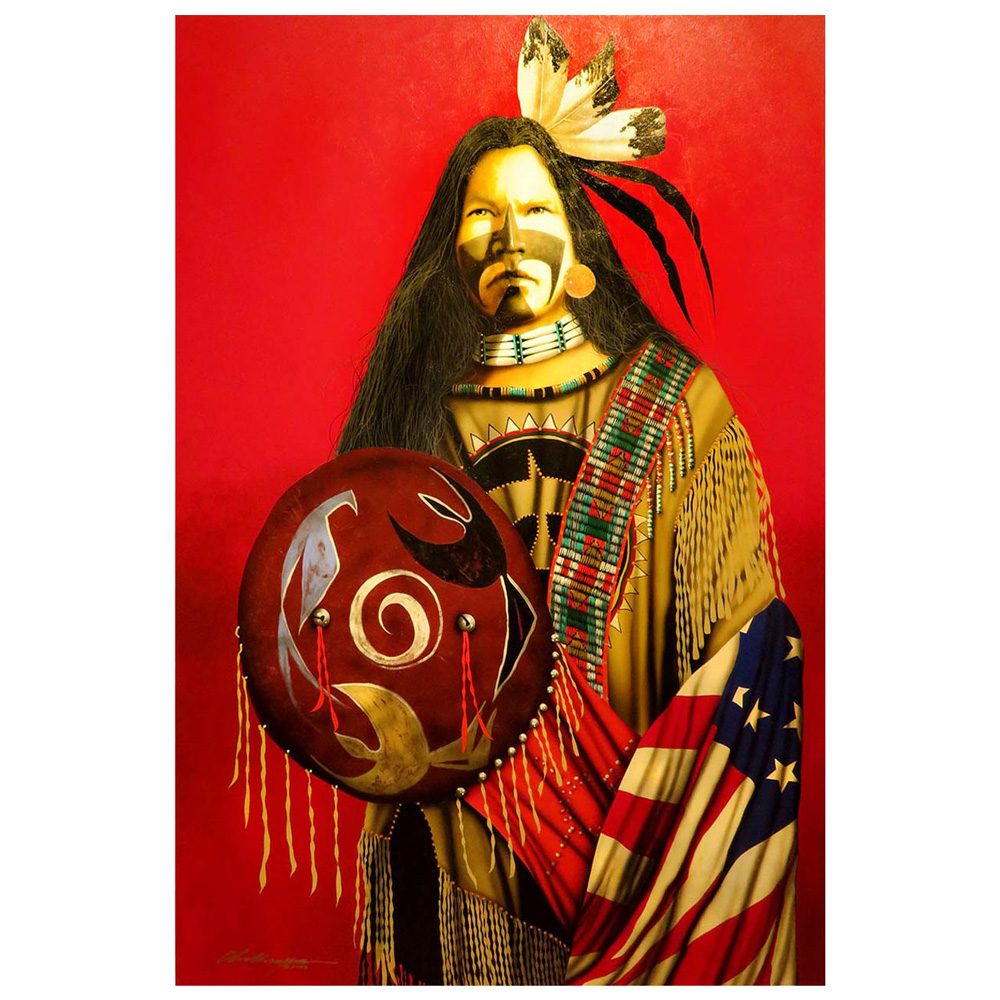 JD Challenger was born in Oklahoma. He showed talent for art and music as a child while expressing his creative energy. While he was growing up in Oklahoma, he was very close to who he refers to as his “step”-grandfather, a Chocktaw Native American. This was JD Challenger’s first introduction to the Native American culture, and it would influence the course of the rest of his life.

As JD Challenger grew up, his desire to become a fine artist also grew. He and his wife, Denise, chose to move to Taos, New Mexico where Challenger began painting the Northern New Mexican landscape where he gained some success. He painted Native American friends, hearing their stores as he sketched them. Challenger worked in acrylics, oils, and watercolor; often sketching first. His style became more defined as he became more serious and passionate about these paintings.

Another defining moment in JD Challenger’s life was as he was watching a Ghost Dance reenactment ceremony. He realized that he wanted and needed to paint the Native American people, to tell their stories and their history as they would tell it. Although at first, Challenger was worried about showing these pieces to the public and did not want to offend the very Native American people he admires, but his wife Denise encouraged him further and suggested he show the paintings to his Native friends for their opinion. His friends gave him their blessing and JD Challenger finally felt comfortable portraying Native Americans in his works of art.

JD Challenger takes a very humble approach to discussing his work. It’s his belief that he is “just the instrument” after The Creator, the brush and the paint. He paints the true stories that demand to be told from a people rich in heritage and tradition whom he respects and admires.

You can view some of JD Challenger’s original work right here in Santa Fe at the End of the Trail Gallery!