“My best paintings come the easiest. They flow from the inside out and evoke an emotional response in me.” 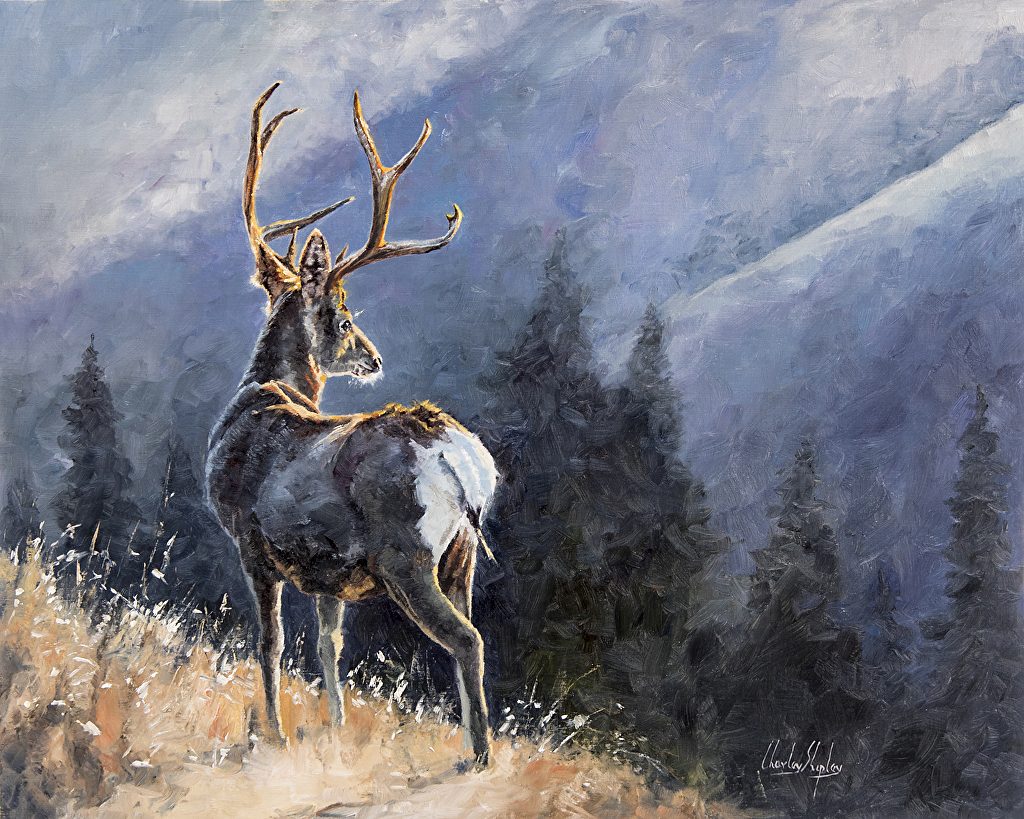 Charley Shipley grew up in Arizona, a state that continues to provide inspiration for his work to this day. Even as a child, Shipley had an affinity for art and animals, often drawing with his talented father. Together the pair would hunt, fish, and hike in the mountains and canyons of Arizona. These were the first memories that would shape Charley Shipley’s love of the outdoors and wildlife which motivate his art.

At the age of 12, Shipley created his first oil painting from an experience he shared with his father of a pack of wild burros crossing the road and traveling up a nearby 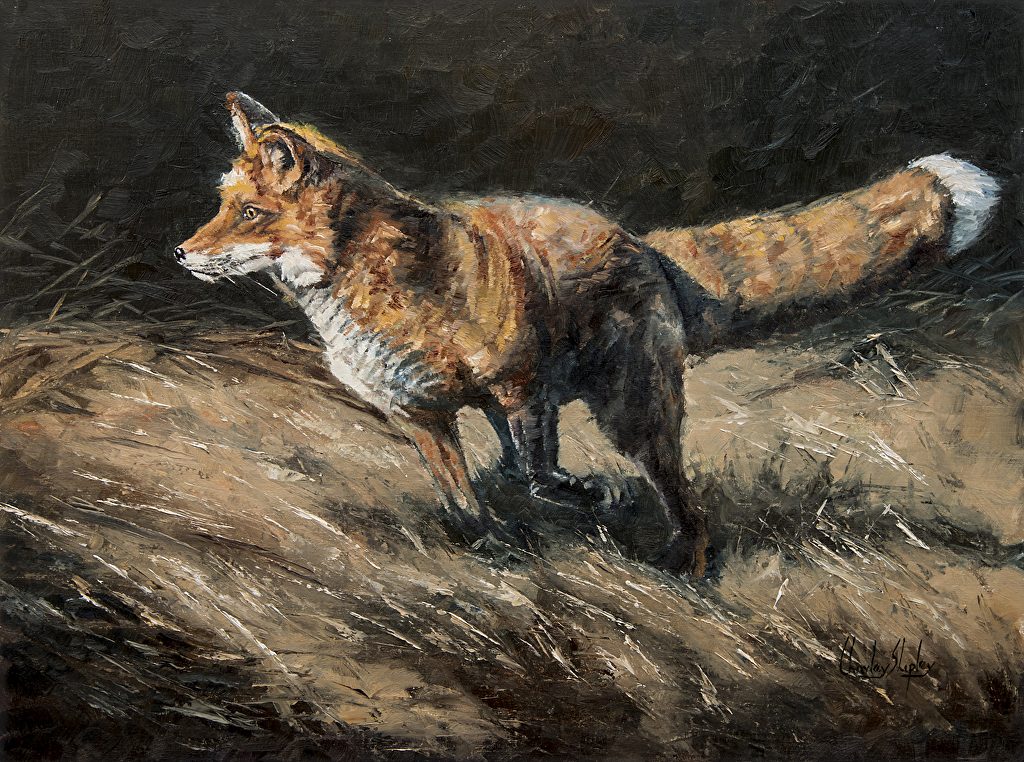 hill. After high school graduation, Charley Shipley and a friend traveled to Alaska in a pickup truck, the trip taking seven days. They camped along the way and saw a variety of diverse wildlife. The friends parted ways in Anchorage and Shipley continued on, gathering experiences and scenes of landscapes and wild animals in his mind to inspire his paintings.

Shipley traveled to Alaska several more times and also to Montana, Arizona, and even British Columbia. Eventually he settled down with his wife in Prescott, Arizona where they raised 4 children and ran a successful natural foods store. Eventually Charley Shipley and his wife Cindy sold their business and moved to a cabin in Helena, Montana.

Charley Shipley draws his artistic inspiration from the world around him. Unspoiled spaces such as vast mountain ranges, snowy peaks, untouched deserts of Arizona, and other wild places fuel his artistic vision. Nature and animals, rather than bustling cities and busy people, are the subjects of his paintings. 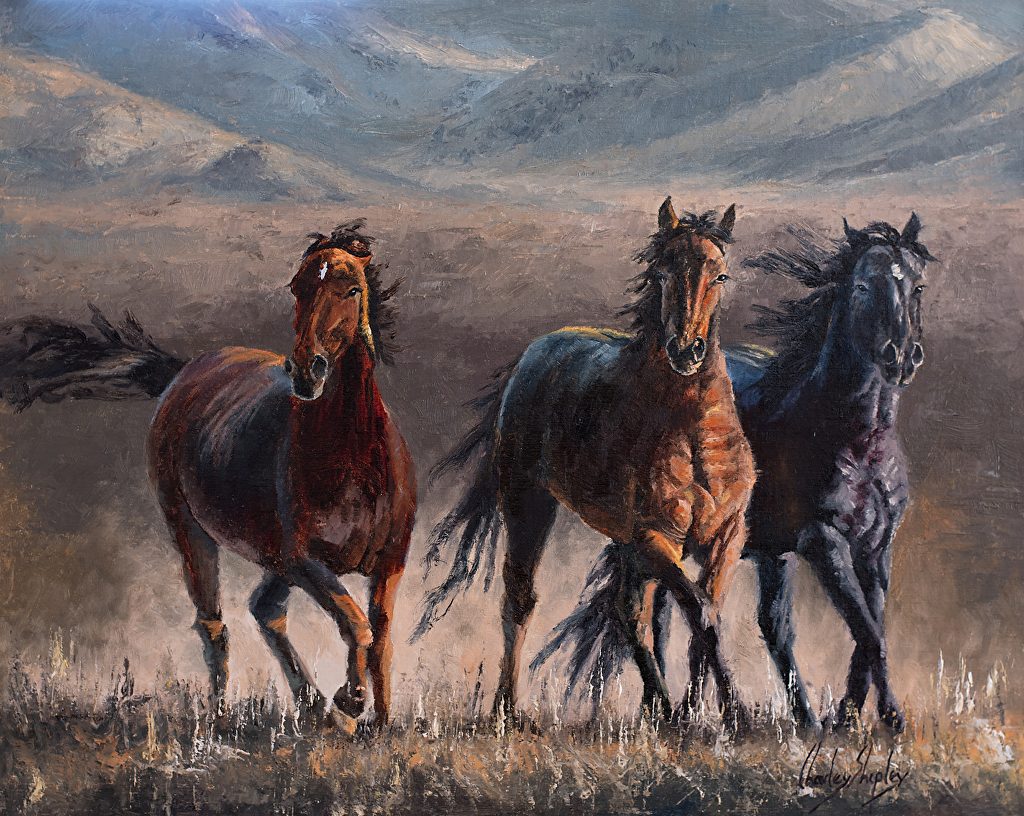 Sometimes Charley Shipley will experience an amazing scene such as the time a large grizzly bear bolted through a river not far in front of them. These experiences in nature will later inspire him to create a painting of the scene. Shipley also paints scenes directly, often making a smaller painted study of a composition which he later paints larger and with more detail.

Charley Shipley has been featured in Southwest Art and Western Art Collector. He has also shown in the Western Masters and Out West Art Shows.

End of the Trail Gallery is proud to represent Clarley Shipley’s art in Santa Fe. To see several of his original paintings in person, come by the gallery today, or call for more details!